The Kerman Kart Club began as a group of kart enthusiasts and an open space in Kerman California. Three karters who had been racing at the past Riverview Kart Track needed their own course. The three held a meeting, inviting business men and fellow karters. Out of it came the Kerman Kart Club with 15 members. Each member donated $50 to build the club's first track. Borrowed farm equipment, donated labor and the donated money made the track a reality in a few months.

The club held kart races almost every month since at the named Kerman Kartways. Drivers would come from all over the world to compete on the 3/10th mile road course that was equal to any European course at the time.

In 2005, the City needed the land to make way for future development and expansion of the City's economy. The Kerman Kart Club has been looking for another venue since.

Many famous drivers began their careers at the Kerman Kartways. Scott Pruett, Kevin Harvick, AJ Almedinger, Jason Meyers, and Matt Crafton are just a few of the names.

With the help of very dedicated club members who have been willing to stick with the club even without a track, have assembled some of the largest most successful races in the country. The Kerman Kart Club has played host to the International Kart Federation's (IKF) Region 7 Series for the past five years. Without a track to host races, the Kerman Kart Club has provided great racing at the California Speedway kart track, and three years on a temporary course at the Buffalo Bill's Casino in Primm, Nevada. 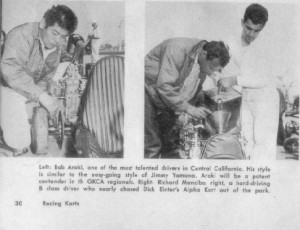 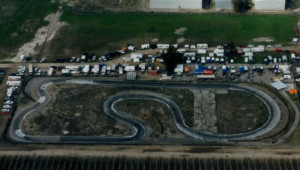 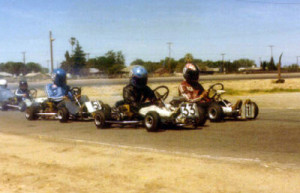 In the beginning - Bryan / Emmick 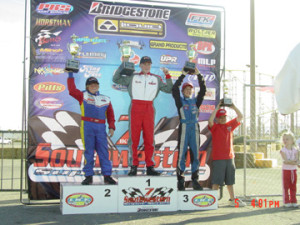 Drivers pose for awards at the 2007 IKF Region 7 Series race held at the Buffalo Bill's Casino in Primm, Nevada.